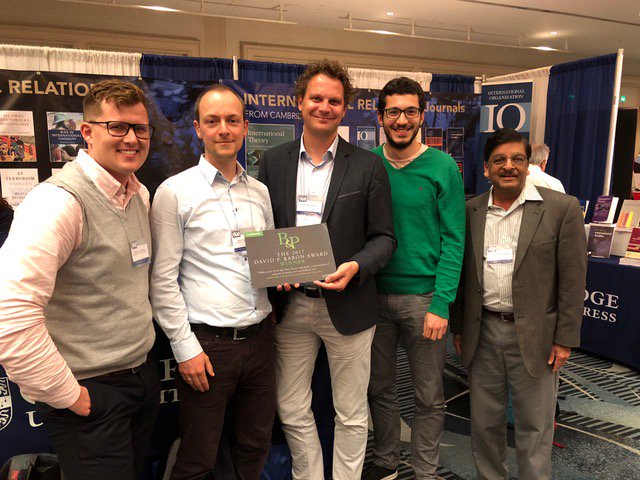 If you’re at the Annual International Studies Association Conference in San Francisco, don’t forget to stop by the Business and Politics booth to visit the editorial and publishing team. A new blog (in Dutch) by the CORPNET group has been published by StukRoodVlees. The blog, “Wie vormen de (bedrijfs)elite?”, is written bij Jouke Huijzer and can be found here.

A new paper by the CORPNET group has been published in the Global Networks journal. The article, “The promise and perils of using big data in the study of corporate networks: problems, diagnostics and fixes”, is written by Eelke Heemskerk, Kevin Young, Frank takes, Bruce Cronin, Javier Garcia-Bernardo, Lasse Hendriksen, William Winekoff, Vladimir Popov and Audrey Lautin-Lamothe, and can be found here.

Abstract
Network data on connections between corporate actors and entities – for instance through co-ownership ties or elite social networks – are increasingly available to researchers interested in probing the many important questions related to the study of modern capitalism. Given the analytical challenges associated with the nature of the subject matter, variable data quality and other problems associated with currently available data on this scale, we discuss the promise and perils of using big corporate network data (BCND). We propose a standard procedure for helping researchers deal with BCND problems. While acknowledging that different research questions require different approaches to data quality, we offer a schematic platform that researchers can follow to make informed and intelligent decisions about BCND issues and address these through a specific work-flow procedure. For each step in this procedure, we provide a set of best practices for how to identify, resolve and minimize the BCND problems that arise.

Two Policy Briefs have been written by a member of the CORPNET group, Carmel Shenkar.

The ‘Regulatory Cooperation and Conflict: Regulating Systemic Risk in the Asset Management Industry’ Policy Brief can be found here.

Abstract
This brief reviews the legal powers allocated to designated authorities to regulate the asset management industry in three ‘jurisdictions’. It focuses on the powers of different government bodies to designate and regulate potential systemic risk posed by systematically important financial institutions; and in particular, by nonbank non-insurer asset management companies. By explaining the different regulatory structures, this brief outlines the institutional architecture entrusted to maintain national and international financial stability.

The ‘Horizontal minority shareholdings in the EU, US, UK and Germany: Applicable Legal Framework’ Policy Brief can be found here.

Abstract
The practice of cross-ownership in competing firms by institutional investors has grown significantly in recent years. Such cross ownership is said to result in anticompetitive effects in concentrated industries. One possibility to regulate this activity, thus, is antitrust regulation. This brief presents an initial review of current antitrust/competition regulatory framework in four jurisdictions: the EU, US, UK and Germany.

Howard Quayle, Chief Minister of the Isle of Man has recently stated that CORPNET did not list Isle of Man as a tax haven:

“I don’t think we are a tax haven, for a start. That’s not me saying that, that’s the OECD, that’s the University of Amsterdam who did a report very recently listing tax havens, the Isle of Man wasn’t one of them.”

We clarify that we did not produce a list of tax havens, but a list of jurisdictions where the ownership of companies accumulates (sinks-OFCs) and a list where the ownership of companies goes through (conduit-OFCs). While Isle of Man may not be a large player in corporate tax avoidance, it may be a large player in other types of tax avoidance, such as VAT avoidance, and that cannot be inferred from our study. Recognized tax havens by the EU and the IMF such as Barbados, Antigua and Barbuda, Grenada, Montserrat, St. Kitts and Nevis, or Turks and Caicos Islands did not show up as sink-OFCs, for the simple reason that corporations/individuals do not organize their ownership structures from those places.

In our report, we found that owners of companies do not generally place their entities/vehicles in Isle of Man. This is similar to what we find with Guernsey, Ireland or the Netherlands (Figure A as lime-colored dot). On the contrary, according to our data, entities in Isle of Man are usually owned from other countries.

However, we found that Isle of Man is used as a conduit in corporate constructions that start from a sink-OFC, go through Isle of Man, and end up in a third country (Figure B as lime-colored dot in the bottom-right quadrant). While Isle of Man may not be a sink-OFC, our results indicate that the territory may be used to own companies in sink-OFCs.

For the complete list of sink and conduit-OFCs, please see Supplementary Information.

On the 4th of December “The Spider’s Web – An investigation into the world of Britain’s secrecy jurisdictions and the City of London” will be screened at CREA Amsterdam.

States lose 600 billion dollars in taxes through corporate tax avoidance practices spanning several countries. Some of these countries, such as the United Kingdom or the Netherlands play a key role facilitating tax avoidance, as recent studies by researchers at the University of Amsterdam showed.

The Spider’s Web is a documentary film that shows how Britain transformed from a colonial power into a global financial power. At the demise of empire, the City of London created a web of offshore secrecy jurisdictions that captured wealth from across the globe and hid it behind obscure financial structures. Today, up to half of global offshore wealth is estimated to be hidden in British offshore jurisdictions and Britain and its offshore jurisdictions are the largest global players in the world of international finance. How did this come about, and what impact does it have on the world today? This is what the Spider’s Web sets out to investigate.

After the film, the public will get the opportunity to address questions directly to the filmmakers in London and an expert panel. Subsequently, we will discuss the role of the Netherlands in offshore finance, and the advantages and drawbacks for Dutch and European citizens.

Free entrance for students, others € 5,-

Please register for this event: https://goo.gl/forms/gO442t7qbtBMB1XI3 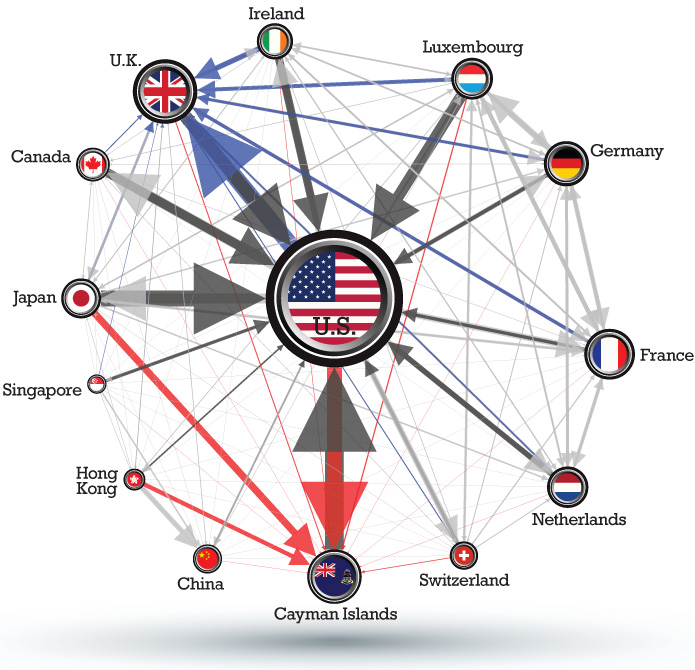 A new blog by the CORPNET group has been published by the LSE Latin America and Caribbean Centre. The blog, “The Cayman conundrum: why is one tiny archipelago the largest financial centre in Latin America and the Caribbean?”, is written by Jan Fichtner and can be found here.

A new paper by the CORPNET group has been published in the Global Networks journal. The article, “When theory meets methods: the naissance of computer assisted corporate interlock research”, is written by Meindert Fennema and Eelke Heemskerk and can be found here.

Abstract
In this article, we study the emergence of computer aided network analysis as an example of ‘Mertonian’ multiple discovery. Computer assisted quantitative network analysis emerged around 1970 and small groups of researchers in different universities, who were independent of each other and looking for the right concepts and computer programs to implement graph theory in social analysis, first applied it to corporate interlock networks. We show how mathematical graph theory provided a toolbox for systematic network analysis and that simultaneously in the Netherlands and the United States this toolbox found an application in the study of corporate power. A historical narrative covers the three main centres in which large-scale corporate network analysis emerged – Amsterdam, California and Stony Brook. For each centre, we provide a sketch of the people involved, the tools they used, and the motivations that brought them to this topic. Our analysis makes clear that one cannot understand the emergence of computer aided network analysis without considering the personal and often political motivations of those who engaged in the first board interlock studies. Insurgent students of political science and sociology pushed for a research agenda on corporate power and found support from scholars who were keen to develop innovative network analysis methods. Hence, corporate network analysis became a legitimate field of research.

A member of the CORPNET group, Frank Takes, has won the Young eScientist Award 2017. The prize aims to stimulate a young scientist demonstrating excellence in eScience: the development or application of digital technology to address scientific challenges. The prize will be used to undertake a joint research project, in which Takes will receive support by eScience Research Engineers (experts in the development and application of research software). More information can be found here.