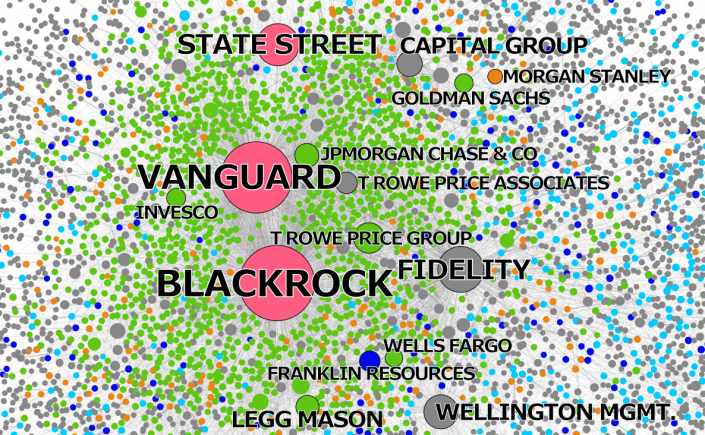 A new paper by the CORPNET group has been published in the June issue of Business and Politics journal (pp: 298-326). The article, “Hidden power of the Big Three? Passive index funds, re-concentration of corporate ownership, and new financial risk”, is written by Jan Fichtner, Eelke Heemskerk and Javier Garcia-Bernardo and can be found here.

Abstract
Since 2008, a massive shift has occurred from active toward passive investment strategies. The passive index fund industry is dominated by BlackRock, Vanguard, and State Street, which we call the “Big Three.” We comprehensively map the ownership of the Big Three in the United States and find that together they constitute the largest shareholder in 88 percent of the S&P 500 firms. In contrast to active funds, the Big Three hold relatively illiquid and permanent ownership positions. This has led to opposing views on incentives and possibilities to actively exert shareholder power. Some argue passive investors have little shareholder power because they cannot “exit,” while others point out this gives them stronger incentives to actively influence corporations. Through an analysis of proxy vote records we find that the Big Three do utilize coordinated voting strategies and hence follow a centralized corporate governance strategy. However, they generally vote with management, except at director (re-)elections. Moreover, the Big Three may exert “hidden power” through two channels: First, via private engagements with management of invested companies; and second, because company executives could be prone to internalizing the objectives of the Big Three. We discuss how this development entails new forms of financial risk.